Well here is the continuation of my Brazil adventures.  Enjoy!

The morning started early for those of us sleeping at the deep jungle camp.  Our medical team waited for all of the runners to clear out before we started packing up.  I enjoyed the experience in the jungle but I will not miss being surrounded by an army of spiders.  We filed out down the tight trail single file.  It was interesting to actually see what was beyond the trail in front of you in contrast to the night before.  Crawling under the downed tree wasn’t quite as scary in the daylight but I did have to ask numerous times if there were any giant spiders on my back… old habits die hard I guess.  We rushed down the trail to our meeting point, and then had some time to wait and goof off before the truck came to pick us up.  I think that highlight of this particular day was the truck ride out of the jungle with 7 of the medics piled into the back as we drove at (what felt like) high speed through the jungle.  Vicky and Shirley were perched up on the roof of the truck – I felt like it was witnessing a real life video game as they had to duck and dodge any tree branches or vines.  Needless to say, the whole ride was absolute chaos.  And an absolute blast.

Camp this evening was a pretty amazing spot right on the beach.  There was a cold stream that led right into a tributary of the Amazon.  It had been another long, hot day and so once my feet hit the stream, I basically just laid face down in it.  It was like heaven!

Great photo that Bill Hamrick took of me at the campsite. 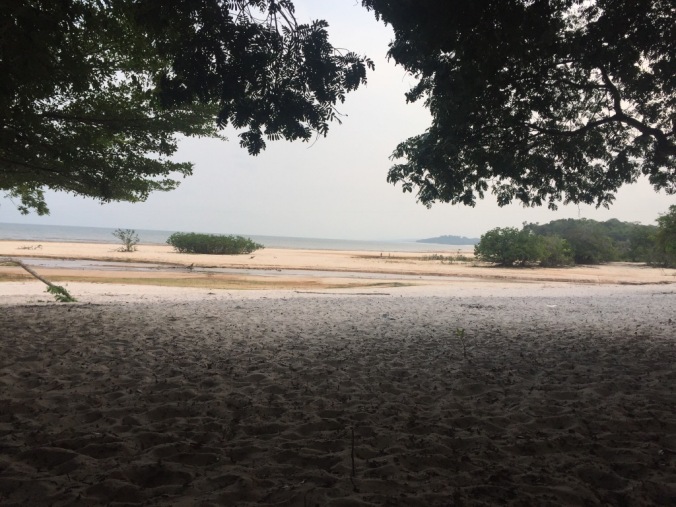 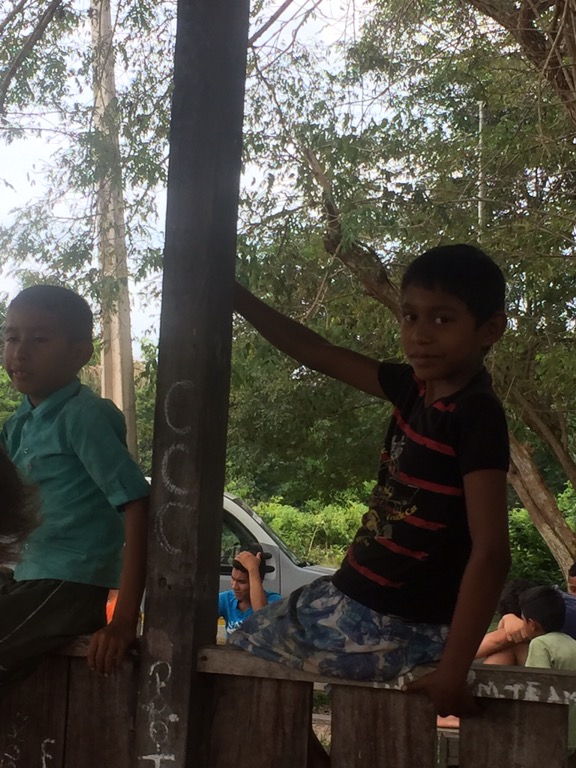 The foot care is really starting to ramp up at this point in the race.

This cutie little pup was at one of the checkpoints.

Today started extremely early as this was the 100+ km day for the runners.  The racers had a cut-off time of sorts today.  They have to make it to one of the camps by mid-afternoon otherwise they will get held there for the night.  The race director doesn’t want folks going through certain parts of the jungle by themselves in the middle of the night.  Regardless, it is going to be a long couple of days for everyone.  So this morning, we were up at 2am with the start at 4am.  After the camp cleared out, I’m not gonna lie, I took one of the most delicious naps of my life.  I crawled back into my hammock and fell asleep for a few extra hours.  I woke up to the cool breeze coming off of the river and an absolutely beautiful view.  The foreign sounds of jumbled Portuguese mingled with my dream as I slowly came back into consciousness.

Bill, an American medical student and an all-round great guy, drew the short straw today and would be stuck hanging out with me on the ambulance.  Our local ambulance crew took us to a local “coffee shop” on the way out to the checkpoints.  It was little more than a picnic table in someone’s home, but the people were gracious and the coffee was hot and strong.  It was such a nice way to start off our long day.

We hung out with Vicky at one of the checkpoints.  My heart went out to the runners as there was a large bee’s nest along the course and almost all of the runners were stung numerous times.  We spent quite a bit of time trying to pull dead bees out of people’s hair and even pulling stingers out.  Thankfully everyone was okay, and even more thankfully, no one had anaphylaxis to bee stings. 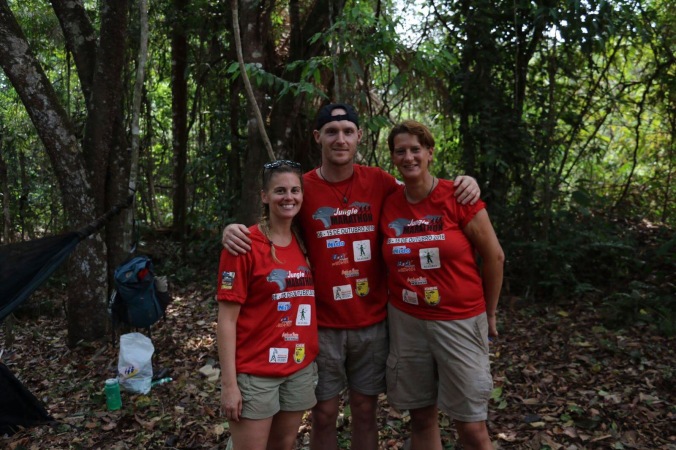 Our next stop was a checkpoint a little further down the road.  And what a checkpoint it was!  There was a nice little covered structure by the road where we could hang out in the shade.  But even better – there was a small river just down the road that was icy cold.  Bill and I strolled down and enjoyed the cold water as well as the local culture.  This seemed to be a real hot spot for local young people and there were tunes bumping out of car stereos as we soaked in the coolness.  One of my favorite moments was when we recognized one of the songs… it was Knockin’ on Heaven’s Door…. in Portuguese!!! Amazing!  Bill and I were singing along in our best Axl Rose impressions.  What a great moment!

Our camp for the night was another slice of jungle that had been machete-d into submission by our bombeiros.  The camp was slowly filling with the runners that had not made the cut off time. 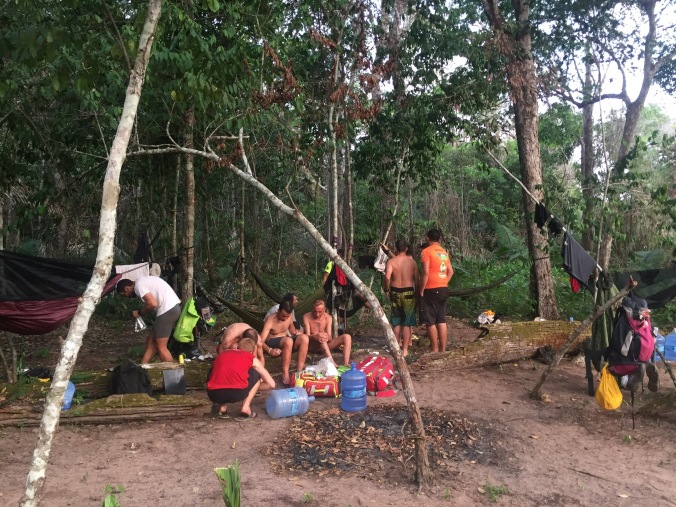 Everyone looked pretty good as they came in.  I think that the runners are starting to feel the proximity of the finish already at this point.  I tried to catch some sleep early as I knew that we would be up and down all night as the runners came in.  I was woken up in order to go out and check on a runner who some of the medics had some concerns about hyponatremia.  This can be a really serious and scary diagnosis.  Thankfully by the time I got to the runner, the team had done such a great job taking care of this individual that they were basically back at their baseline.  I hung out for a bit before the pull of my hammock  became just too great to resist.  Back to bed again as the next morning’s start will once again come early.

Alright, second half of the long stage.  And it feels like we are on the home stretch for the race overall.  The start was at 6am but our camp was awoken long before this time by the cacophany of howler monkeys.  If you have never heard a howler monkey, you should definitely google it.  It is a crazy noise to hear in the wee hours of the morning in the middle of the jungle.  One of the British medics put it best when they related the howler monkey cry to that of a dementor from Harry Potter.  Seriously, google it.

But anyway, Bill and I headed to CP6.  It was sooooo cool.  Right on the beach.  I’m a bit jealous of the medics who got to spend the night there.  Runners were ecstatic to get down on the beach and get to jump into the water.  A lot of people’s feet were pretty rough, and Shirley & Andy took great care of everyone.

After we finally tore ourselves away from this little slice of paradise, we tried to bop around to more of the checkpoints.  As impressive as the off-road skills of our Fiat ambulance have been, we finally got the point where we could go no further.  There were a couple of dicey spots where we almost got stuck in the sand.  So we jumped in one of the local staff member’s truck and finally were able to get out to some of the checkpoints.  They were all gorgeous!  The second half of the course was pretty much all along the beach. 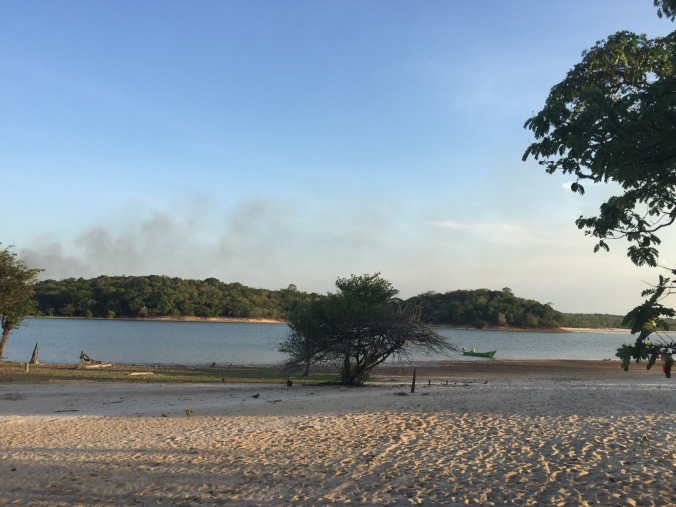 And the camp was also right on the beach once again.  Bill and I made it back right at sunset.  It was Bill’s birthday, and Shirley managed to make it really special by getting several cakes and gathering the runners to sing a rousing rendition of “happy birthday”.

It was extremely late when the last of the runners made it in, as expected.  But the camp was electric as the race is almost complete!  One last stage in the morning – a mere half marathon.  I can’t wait to see everyone cross the finish line!

Last day!  I can’t believe that another race is almost over!  It was already a celebration at the start.  Our medics got a chance to run/walk the last stage if they wanted to.

The rest of our crew got to head straight to the finish.  I love being at the finish!  It’s so exciting (and dare I say emotional) to watch everyone complete this monstrous achievement.  Vicky, Shirley, and I took advantage of some photo ops with the ambulance before we jetted off to the finish-line.

The finish for the race was right on the beach at a small restaurant.  It was a really nice set up.  The emotion of watching the racers did not disappoint.  We all had a great time hanging out.  The relief, of both the medics and the runners, of another race being safely completed was palpable.  Time to celebrate! 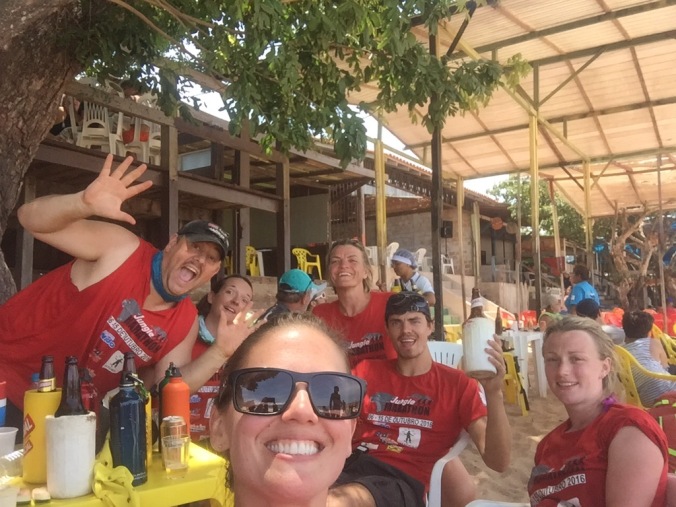 Okay folks, we are about finished with my coverage of the Jungle Marathon 2016.  One more installment to go – which will cover one of the best days of my life as well as random photos from my camera.

One thought on “Mais Brazil”