I’m sitting in Dubai’s very fancy airport after a 14 hour flight out of Orlando.  Hmmm, it feels like I just got off of a 14 hour flight.  Weird.  So giving myself 48 hours in between two major trips was not the smartest move that I have ever made.  In that time span I had the following to-do list: unpack, do laundry (which was delayed because my power went out for 3 hours one day, really????) , repack, organize and replenish medical kit, buy snacks, go to the dentist (this merits a gold “what was I thinking” award), re-certify for my Pediatric Advanced Life Support training, pick Nick up and celebrate him passing his ATP oral exam (yay Nick!!!), pick up prescriptions from pharmacy, blog my NZ trip otherwise it would never happen, and….I think that was it.  Oh yeah, there was a lot of questioning of why I did this to myself.  But anywho, as I’ve mentioned before, I don’t seem to be happy unless I’m running around at 100 miles per hour with my hair on fire.  And these last two days definitely met that criteria.  But enough of my whining, let me tell you (and show you) the first part of my journey to the Kingdom of Bhutan.

I departed from Orlando and got onto one of Emirates 777’s.  This is my first time flying Emirates but based on the Jennifer Aniston commercials, it’s supposed to be pretty swanky.

That lady knows her airlines.  Fancy indeed!  The flight attendant caught me trying to surreptitiously take a photo of the cabin.  She was kind of enough to get a photo of me hamming it up. 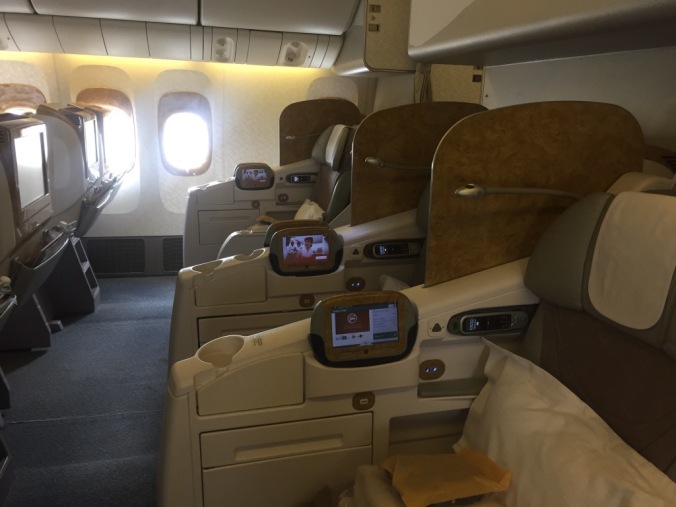 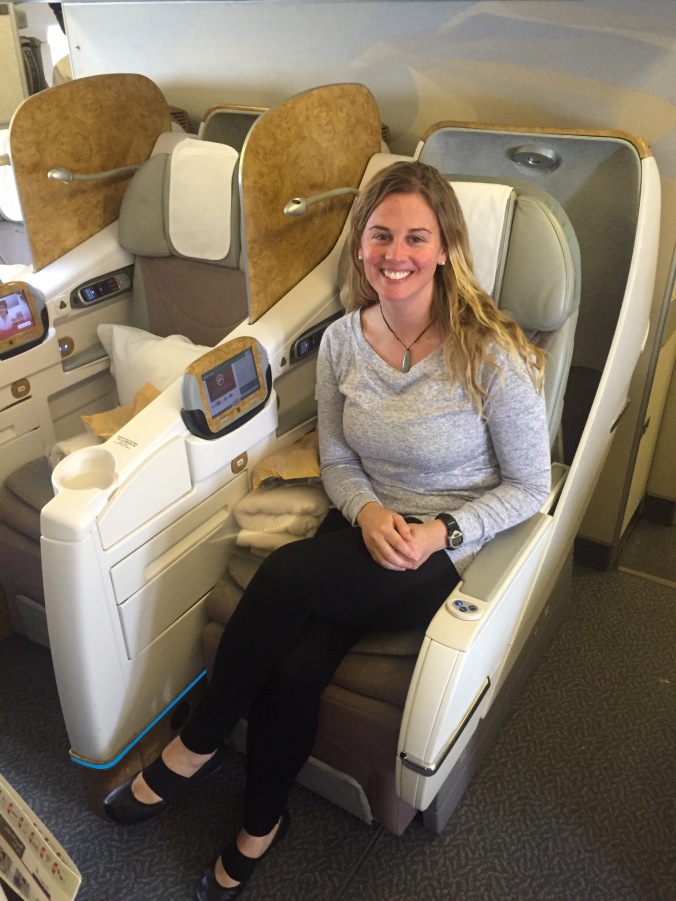 This is definitely the first time that I was ever offered a menu on an airplane that not only included top shelf liquors but also cocktails.  I was intrigued by the breakfast martini.  The flight actually flew by (har, har), and before I knew it I was walking bleary eyed down the jet bridge into Dubai.  Fancy didn’t stop at the airplane.  This is a really nice terminal with high ceilings, full-length curving windows, designer clothing stores, and literally any kind of food that you would ever want – from caviar to McDonalds. 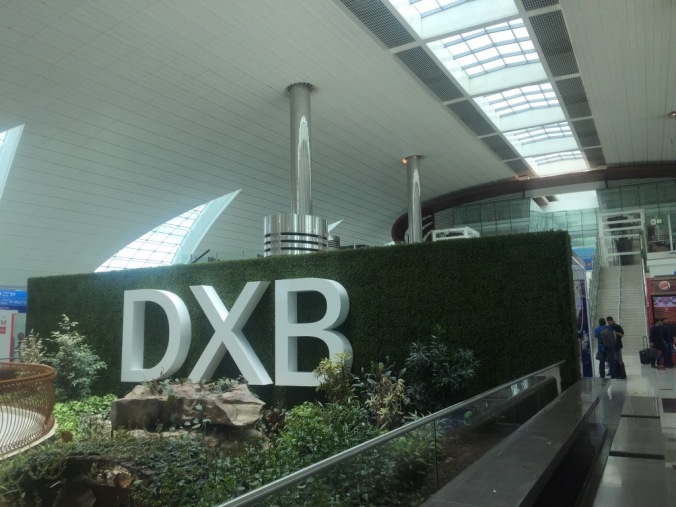 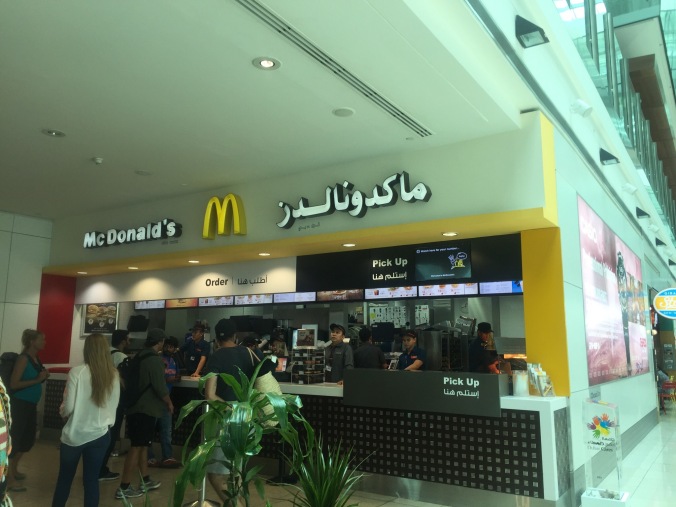 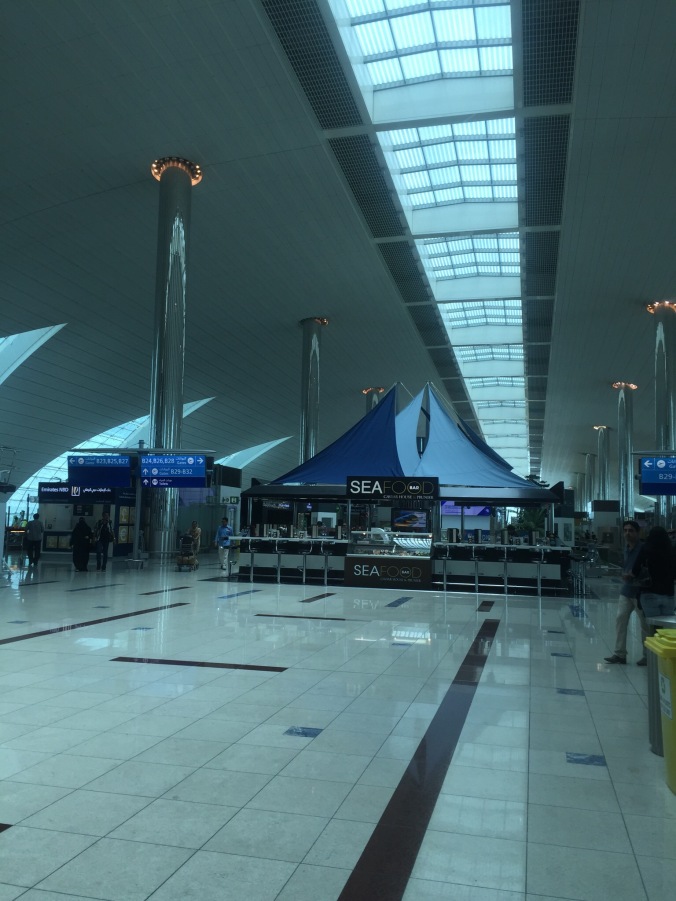 I’ve got another hour before I board my flight to Bangkok.  I’m meeting my fellow race Doctor, Jenn Starling, there for a quick overnight.  Then it’s on to the Land of the Thunder Dragon, Bhutan, which lies in the eastern Himalayas between Tibet and India.  I know that this was a bit of a filler blog post, but I just wanted to whet everyone’s appetite for full coverage of the Global Limits race.  Stay tuned!

One thought on “What was I thinking?”